The Basic Payment Scheme (BPS) was introduced in 2015 to replace the previous Single Payment Scheme as part an EU-wide update following the 2013 reform of the Common Agricultural Policy (CAP). This latest set of CAP rules are set to last until the next reforms in 2020 (at which point the UK should have left the EU and will be able to set its own agricultural policies).

Under the CAP there are two funding streams; Pillar 1 and Pillar 2. Pillar 1 deals with direct payments to farmers, based on a payment per hectare farmed, and Pillar 2 deals with agri-environment schemes and grants. BPS comes under Pillar 1.

It was decided by the Scottish Government that all land in Scotland would be allocated to one of three Payment Regions; Region 1 (better quality agricultural land), Region 2 (rough grazing with a Less Favoured Areas grazing category of B, C, or D) and Region 3 (LFA land with a grazing category of A).

All farmers wishing to claim BPS in 2015 had to apply for new entitlements to be allocated to them, upon which a payment could then be claimed annually on a ‘per hectare’ basis throughout the life of the scheme. The payment is made up of two parts, with the BPS element making up the bulk.  The initial value of the BPS element of the allocated entitlements was based partly on what the claimant had been receiving under preceding schemes (the ‘historic element’) and partly on a flat rate payment. Each year since 2015 the flat rate element has increased and the ‘historic element’ has decreased, until this claim year, 2019, and when all Scottish claimants in each Region will be paid the same amount per hectare.

On top of this BPS element is the Greening Payment which was introduced at the start of the scheme as a way of delivering environmental and other benefits by requiring farmers meet certain practices and farm in a sustainable way. The Greening Payment (estimated to be approx. €83/ha for Region 1 in 2019) makes up approximately 30% of the total payment. The predicted flat rate payments for 2019 are: Region 1: €160/ha + Greening; Region 2: €26/ha + Greening; and Region 3: €8/ha + Greening.

Scottish BPS entitlements can be transferred with or without land, and there has been a “siphon” applied on all BPS entitlement transfers without land whereby, from 2015 – 2017, the payment value of the BPS element was reduced by 50% in the first year of claim. The siphon was reduced to 30% in 2018, and although technically there will be a 30% siphon applied to without land entitlement transfers in 2019, the current advice from the RPID Entitlement Transfer Unit is that, before the 2019 BPS claims are processed, all entitlements will be converted to the flat rate value for their corresponding Region, and so in effect the siphon will be cancelled. If you are interested in buying or selling BPS entitlements in 2019, please contact Julia Clark. 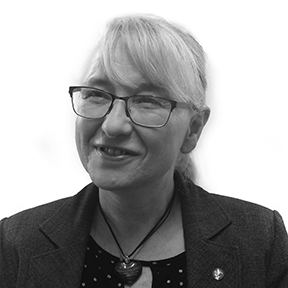