TO DOWNLOAD/PRINT A COPY OF THIS NEWSLETTER CLICK HERE.

As we head into the last five weeks of entitlement trading we are seeing Non-SDA prices hitting historic lows (apart from in 2015) with the number of hectares traded to the end of March this year 23% down from last year. At the end of March, as can be seen from the graph above, prices were at just under £170/ha compared with £200/ha last year. As we hit what is normally a rollercoaster period up to the deadline the question is whether prices will remain at this subdued level until the 15th May. In the last five weeks of trading we would normally agree sales for double the amount of units already traded in that scheme year, which started for 2017 at the beginning of October 2016. Therefore there could still be a lot of deals to be done and as with any digital improvements people are aware transfers can be done online right up to the 15th May, and so tend to leave things closer and closer to the deadline. The ability to submit a claim and transfer entitlements at the press of a button has taken away a lot of the risks of submitting paper applications to a series of set locations around the country. For those who have not had first hand problems with the online system (see below) this can only encourage a more relaxed approach as to when to calculate a claim and what entitlements need to be bought or sold.

Alternatively the currently low price could be attributed to the change in sentiment following the Brexit vote, with uncertainty as to whether payments will continue after two or three years. The now extraordinarily good economic return, based on current exchange rates (€1 = £0.86), sees an investment in entitlements being paid back in nine or ten months and also delivering a 33% profit, has not so far lifted the “Brexit gloom” surrounding the entitlement market. Obviously anything can happen to exchange rates, especially with what is going in Europe, but those that have excess land will be pushing hard to ensure they have the right number of entitlements before the 15th May.

As in previous years, the price of SDA entitlements has fared better than the Non-SDA market retaining a price between £190 and £220, with more demand than supply. Moorland likewise is in great demand selling at between £55 and £70 per hectare with a likely spike expected towards the end as competition will increase for a purchase from anyone who has any excess available. As usual most small-sized lots are obtaining a premium.

Vendor’s should be aware that, if they have not yet been paid in full for their 2015 or 2016 BPS claims, or they have raised any queries about previous payments that has caused the RPA to put their 2015 and/or 2016 BPS claims into their Post Payment Amendment (PPA) checking process, the balance of the entitlements held may be marked “not confirmed” on the SBI number. This will mean the number of entitlements held may change once the PPA process is complete, and will also mean that a transfer of any entitlements cannot be confirmed by the RPA until any adjustments/amendments are completed. You will still be able to sell entitlements, and we can submit an online entitlement transfer request, but vendors should be aware that we would not be able to send any sale proceeds or issue VAT receipts to purchasers until the RPA confirm the transfer in writing, which would not be until the PPA process has completed.

We have discussed this query now a number of times with the RPA and in at least one instance were told on the telephone that, if the entitlements were showing as available for 2017, then regardless of the use by date showing, they are available to transfer. Conversely the RPA has also advised us that entitlements which display a use by date of 2016 are those which the system is showing as unused in 2015, and state that in this scenario unused entitlements cannot be used in an entitlements transfer in 2016 or later. They have also said that there are cases where the entitlements on the system are showing the incorrect use by date, and said that cases like these may be being processed through Post Payment Amendments (PPA). In this scenario the correct use by date would therefore not show until the PPA process is completed.

However we have also come across a number of cases where we have transferred entitlements which are displaying a 2016 use by date, and these transfers have now been confirmed as being completed (not only on the automatic messaging system, but also via a further manual double-check with the RPA), including specifically confirming that the transferred entitlements are available for the transferee to use in 2017.

We are seeking further clarification from the RPA, but it does appear that this is another glitch in the system, and we would recommend all agents/businesses transferring entitlements to look carefully at the use by dates that you will see on the transfer entitlements screen, and to seek further written confirmation from the RPA if the confirmation of transfer message refers to a 2016 use by date and also first to make sure the transferor is happy they have the entitlements whatever the on screen system is saying.

As the application window for BPS claims has now opened, it is important that farmers and agents alike ensure that the claim they submit reflects exactly what is taking place on the ground. Large areas of the South West have been re-mapped by the RPA as part of the ongoing national re-mapping programme. This re-mapping has used satellite imagery to determine boundary locations and permanent ineligible features. As a result of this, claimants will notice that parcel sizes and eligible areas will have changed from last year. Although these changes are unlikely to be substantial, it is important that the claimant or agent fully inspects the up-to-date RPA plans and the supporting land use table, making sure that the information held by the RPA represents exactly the situation on the ground as at the 15th May. The previous mapping data held by the RPA, including RLE1 changes that had been submitted in previous claim year, appears to have been eradicated from the online system. This means that where farmers have previously made notional deductions to the eligible area of a field, or have marked features that are not visible from satellites, the information has been lost and must subsequently be re-submitted to the RPA for the mapping data to be manually updated once more. 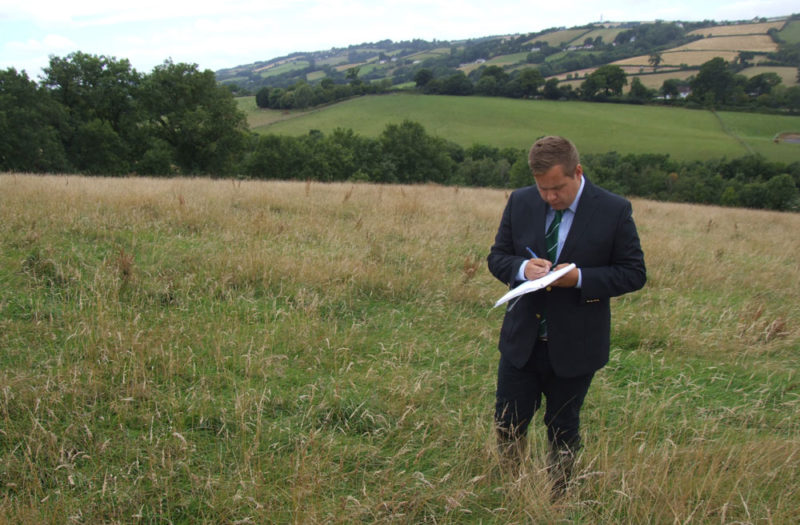 It is important therefore that everyone involved in the preparation and submission of a 2017 BPS claim should look out for these changes on the pre-populated data and cross-reference this with previous claims to establish what information the RPA hold. With just over a month left until the 15th May deadline, it is unlikely that any mapping data changes submitted to the RPA with an RLE1 form will be processed and loaded onto the online system before the 15th May deadline. It is therefore advised that as much information as possible is gathered and submitted to the RPA as supporting evidence of any mapping changes that you wish to make.

Unfortunately the teething problems experienced in the first two years of the scheme appear not to have been addressed, making a complicated process even more complex. There is no substitute for rigorous double checking and record keeping to ensure the information submitted is precise.